The profile of the chin needs correction because the bones of the face and jaws are out of balance with each other. Surgery to change the position of the chin is called genioplasty. Genioplasty is often carried out at the same time as other corrective surgery on the jaws but also can be carried out at a later stage.

The genioplasty operation is carried out from the inside of the mouth so that there are no visible scars on the skin of the face. A cut is made through the gum on the inside of the lower lip to gain access to the lower jaw bone and chin. The chin is then cut with a small saw, to allow it to be broken in a controlled manner. It is then moved into its new position and held in place, with small metal plates and screws. The gum inside the mouth is stitched back into place with dissolvable stitches that can take 7-10 days to fall out.

The procedure takes place in a hospital. The discomfort is usually worse for the first few days although it may take a couple of weeks to completely disappear regular pain reliefs will be arranged. Patients are sent home with pain relief and a course of antibiotics. 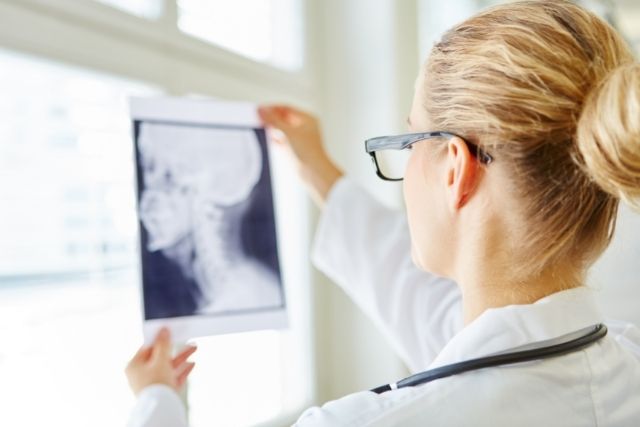 Immediately after the operation, the chin will feel swollen and tight. Swelling and bruising is variable but is generally worst on the second or third day after the operation. The swelling can be reduced by using cold compresses and sleeping propped upright for a few days. Most of the swelling has disappeared after a fortnight but there is often some subtle swelling that can take several months to disappear.

If a patient is having a genioplasty surgery carried out on its own they should have little problem with eating although they may well start with a soft diet and then gradually build up to normal food over a few days.

This obviously varies from person to person but most patients are only in the hospital for a night or two. The position of the chin will also be thoroughly be checked with X-rays before the patient is allowed home.

We recommend that most people have around a week off work if they are having a genioplasty suregry carried out.